The Shawiya Berber are found in six countries: Algeria, Morocco, France, Germany, Italy and Belgium. They mainly live in Algeria and their primary religion is Islam. Pray for Christians in the European countries listed to seek to reach these people, as it is difficult to do so in other nations. Pray also that the Holy Spirit will work in many hearts to reveal who Christ is and that, wherever they are, the Shawiya Berber will hear the gospel and respond in faith.

In 2017, 68.5 million people were displaced as a direct result of persecution, conflict or violence. People make treacherous journeys by foot and by sea, with few possessions. They arrive exhausted. Many are traumatised and feel unsafe and they often face resentment and extremist threats. Pray for the victims of human trafficking, who were promised hope and a future. Pray for safety and protection for people making treacherous journeys. Pray for Bible-believing churches and Christian migrants to have opportunities to respond in practical ways with the love and message of Jesus Christ.

In Europe there is a huge amount of humanitarian aid but very little gospel outreach. Yet there are many opportunities to take the gospel to those who have never heard it in emerging migrant communities. In Italy, most migrants are African, but there is great gospel need. There is enormous potential for sports ministries, teaching and practical training. In Athens also, there is a huge need for Arabic speakers to connect with migrants; however the Greek Evangelical Church is small and under-funded, existing in a climate with a total ban on evangelism in official centres. The only way to reach people in these communities is through unofficial ministries and programmes. Pray that many migrants may hear the gospel in Europe while we have this open door of opportunity like never before. Pray for the budding Christian ministries that are joining together to help bring Christ to refugees. May the Western Church also be open to the evangelisation and blessing Christian migrants bring.

From the wealthy north to the impoverished south and from the highest levels of culture to the lowest levels of corruption, Italy is a territory very different from its holiday-brochure image. All BMS personnel are currently in the far south of the country. Here, youth unemployment has approached 50% and a sense of hopelessness and fatalism affects even those in the churches, making gospel proclamation and church expansion uphill tasks. Pray for the few BMS workers as they minister to many. Pray that God would raise up new leaders, and pray that His Kingdom will come in Italy.

In April, a boat carrying over 700 refugees sank off the coast of Italy. This brought the total for lives lost this year in such incidents to over 1,600 and it can be assumed that many more will have been lost, whose vessels were never observed. These desperate people leave from Libya and Tunisia, often having first travelled overland from Algeria and nations further inland. They aim for Italy and Malta, desiring a life free of hunger, war, and persecution. Pray for patrol and rescue vessels to locate these inadequate and overcrowded boats before the worst happens. Pray too for the countries receiving the refugees, which are feeling the strain on resources. Pray for a witness there, but also for the refugees’ homelands, that their communities would prosper in peace, freedom, resources, and the Word of God.

Immigration came later to Italy than to other western European countries. Ask for God’s mercy for the constant flow of illegal immigrants trying to reach Italy by boat from Africa, fleeing persecution but often finding only danger and hostility. The Baptist Union is benefitting from the number of ethnic minority churches that have joined in recent years due to a rise in immigration. Pray for the Baptist Union of Italy, which only has around 30 ordained ministers to serve its 120 churches throughout the country. Pray that God would raise up new lay and ordained leaders.

"When I was 15 years old, I began to discover the ugliness of the world and of life and I abandoned faith in God.” Disillusioned by a God, Gianluca decided that God was not there – or if he was, he just didn’t care about people. “So I searched for more ‘mature’ alternatives because I thought that faith was something for fools. I started to meet my need for meaning through science, culture and philosophy. I was convinced that life had no meaning other than what we give it, that mankind was a tiny speck of dust in pain.” Gianluca’s words could be those of any number of students in universities around the world. But Gianluca’s story doesn’t end there. Thanks to the power of the Holy Spirit and the faithful witness of Christian students, Gianluca is now a follower of Jesus. Pray for Christian students to live distinctive lives and to be bold in sharing their faith with those who are searching for the truth.

Organisations with connections in Italy 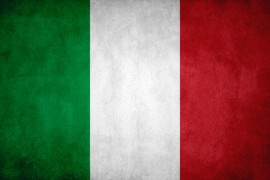