The 2.5 million Fulakunda Fulani are spread across five different countries. In the Gambia, the Republic of Guinea and in Mauritania, they are particularly in need of workers. They do have access to the New Testament, so please pray that God will speak through his word, and pray for those working among the Fulakunda to explain Scripture faithfully, in the power of the Holy Spirit.

The wave of cheap smartphones has crashed over Mauritanian cities. Teenage boys occupy the street corners with all their friends peering over their shoulder at music videos or YouTube. Foreign cultures seem closer than ever. Sometimes there’s disgust, but often there’s a hunger for the wealth and more liberal lifestyle they see demonstrated online. They’re faced with the same decisions online that we are – to use the internet sinfully or selfishly, or to use online tools and communication for our encouragement and for the well-being (even eternal well-being) of others. Pray that smartphones would be used for God’s glory in Mauritania. As the world is opened to isolated places through the Internet, pray that He would guide isolated people to His words and into communication with His people. (Frontiers)

September 2013
The need for trust

The Church in Mauritania needs your prayers. Worshipping groups are often infiltrated by those who would try and destroy the Church. Believers need to be able to trust one another. Pray for the Church to grow in depth, discernment and maturity. As a new wave of workers arrives in Mauritania, pray for the Lord to enable them to build healthy and sustainable patterns of ministry. May the Spirit give workers wisdom to live in a challenging context, and courage to speak for Christ when opportunities arise. May issues related to finances and projects not cause conflict between believers, as it has in the past.

A military junta, conducted by General Aziz, toppled the country's elected president in 2008. Mauritanian pro-democratic parties urged the African Union to pressure the ruling junta to obey its directive to reinstate the toppled president. After many discussions and the dismissal of the former president, General Aziz was elected as new president in July 2009. In the same month, 35 Mauritanian Christians were arrested and tortured by local police and in August a further group of 150 of Christians were arrested for holding their own church meeting. Pray for peace, justice and stability in this country and for the growth and development of the Church during these troublesome times. Praise the Lord for the faithfulness of the often young believers. Christians are sometimes questioned by the police about their activities, so pray for wisdom and protection for their families.

Organisations with connections in Mauritania 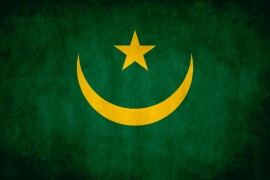