Pray for the children and young people of Costa Rica, that they may be educated with Christian values and principles that strengthen their lives. Pray for the leadership of the evangelical church, that their mission and vision will be renewed. Pray for the government authorities, that they may have wisdom and develop strategies to improve the economy, safety and family values in the country.

In two communities in San José, where Viva’s partner network in Costa Rica is located, thousands of children are trapped in a cycle of drug abuse, violent gangs and poverty. Give thanks that this network of 61 churches responds collectively with initiatives including feeding centres, educational support and clubs for positive use of recreational time. The network also supports more than 500 young people living either in these communities or residing in government care homes by running a Preparation for Adult Life programme. This develops skills and confidence and aims to empower young people to enter adulthood with joy and purpose. Pray for children being supported by Viva as they approach adulthood; may they feel confident and prepared for the next stage of life, with the hope of good job prospects.

Universities in Costa Rica are huge and highly complex places, posing major challenges to Christian ministry. Pray for ministries that will reach out on university campuses, and for churches to equip their young people for the realities on campus. For young professionals, prospects are bright and the resulting lifestyle materially abundant, though potentially spiritually empty. Pray for more Christian ministries to reach out to them.

Despite good laws being in place to protect and provide for people with disabilities in Costa Rica, there remains a huge degree of discrimination and apathy from the majority of people towards those with disabilities, which leads to social isolation and limited quality of life. We give thanks that, for the first time, the government has funded its children’s department to set up a project specifically focusing on helping children with disabilities, supported by Viva’s partner network in San José. Social events in two of the very poorest and most violent areas of that city have begun to break through barriers of discrimination. Pray that the government would keep its promises to improve life for children with disabilities and that churches would be bold in welcoming their doors and sharing the love of Jesus with marginalised families.

A Students International team reaching out to the women of three poor communities of San José have found that the key is to mix the spiritual and the practical. Most of the women don’t have jobs and stay at home with children or grandchildren. Some are married, some not. They try to earn money by selling their hand-made products or re-selling (clothes, perfumes, etc) in the community where they live or in the city centre. Over 40 women attend meetings each week with each tailored to the needs of the group - including elements of Bible study, craft session or short business guidance talks. Give thanks that lives are being changed, with women being encouraged both spiritually and professionally.

In May 2011 the US Department of State revealed that Costa Rica has become a major source and destination for sex trafficking. To make matters worse, over the year that the study was carried out not a single conviction was made against those involved. Although it is hard to know the true scale of the problem, the report shows child sex tourism to be a particularly serious issue, with thousands of children working in San Jose alone. Pray for Costa Rican families and parents, that they would prioritise the care and protection of their children and would be able to provide for them. Pray too for the Costa Rican government, that they would have the determination and wisdom to put renewed effort into creating systems that can prevent children being trafficked into and out of the country. Finally, pray for the work of organisations helping to feed children in San Jose and protect them from this very real threat.

Organisations with connections in Costa Rica 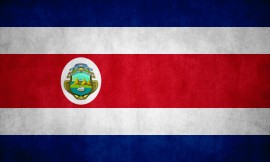